The Weatherford Municipal Court serves as criminal, traffic, and juvenile court, and is presided over by an attorney Judge, who tries misdemeanor cases. Maintaining a court in Weatherford enables complaints and misdemeanor crimes to be handled locally, rather than in a large court system, to minimize the inconvenience to the citizens of Weatherford.

The Weatherford Municipal Court has a Juvenile Justice Program. The court entered into an inter-local agreement between the Oklahoma District Court serving Custer County, under which Municipal Courts are authorized to assume jurisdiction of certain specified juvenile misdemeanor offenders, pursuant to agreements with District Courts.

The purpose of this agreement is to enable the Municipal Court of the City of Weatherford to prosecute juvenile crime with the express purpose of curbing the quantity of juvenile offenses, as well as to establish, develop, and implement various prevention or early intervention programs for local juvenile misdemeanor offenders. By implementing such a program, the resources available to the District Court can be focused more efficiently on more serious juvenile offenders, including felony offenders and juveniles with significant histories of repeat offenses.

The Weatherford Municipal Court, combined with other city departments, is involved in a community service program and serves as administrator of a defensive driving course. 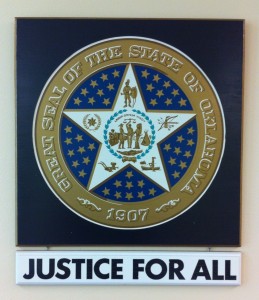